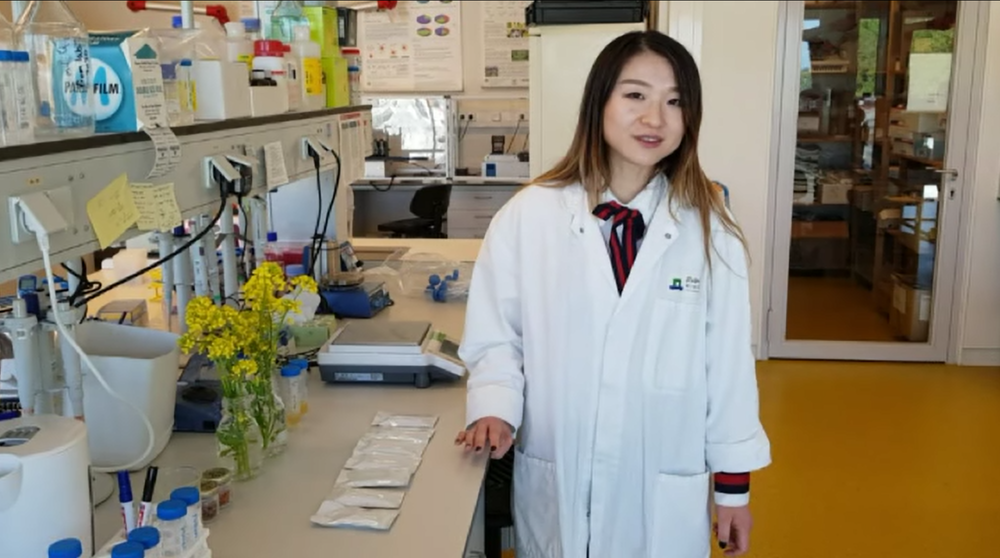 The LFD is a device that allows scientists to test for the presence of different neonicotinoids in various materials (examples in this video are tap water, rapeseed flower, pollen and honey); it is also quite simple and requires minimal sample preparation, making it suitable for on-site neonicotinoid screening.

After unpacking the device, Mang explains its mechanism: each neonicotinoid LFD comes with two channels, for imidacloprid and acetamiprid. When performing the test, two drops of the sample should be applied in each sample-well after which the LFD will develop for 10 minutes. The image below shows the result of testing tap water. 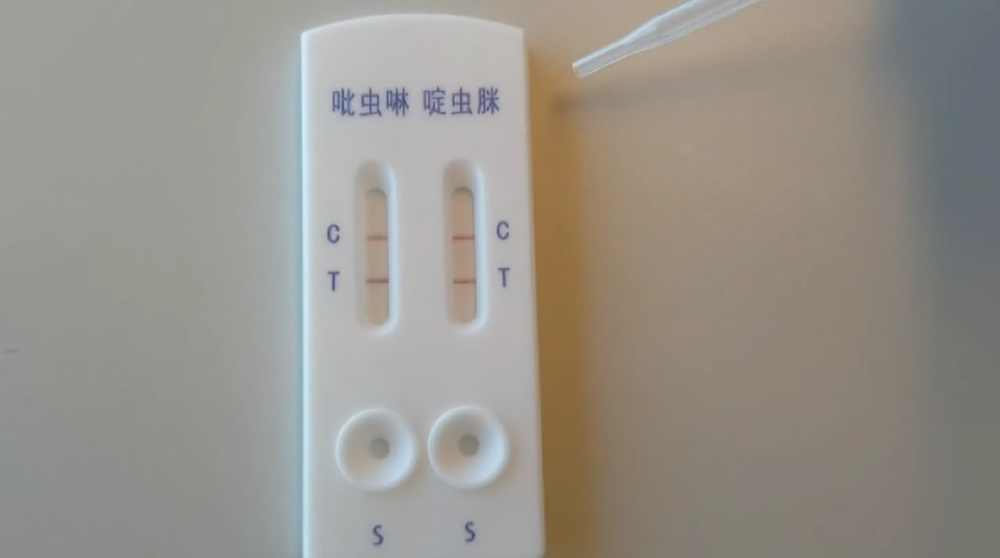 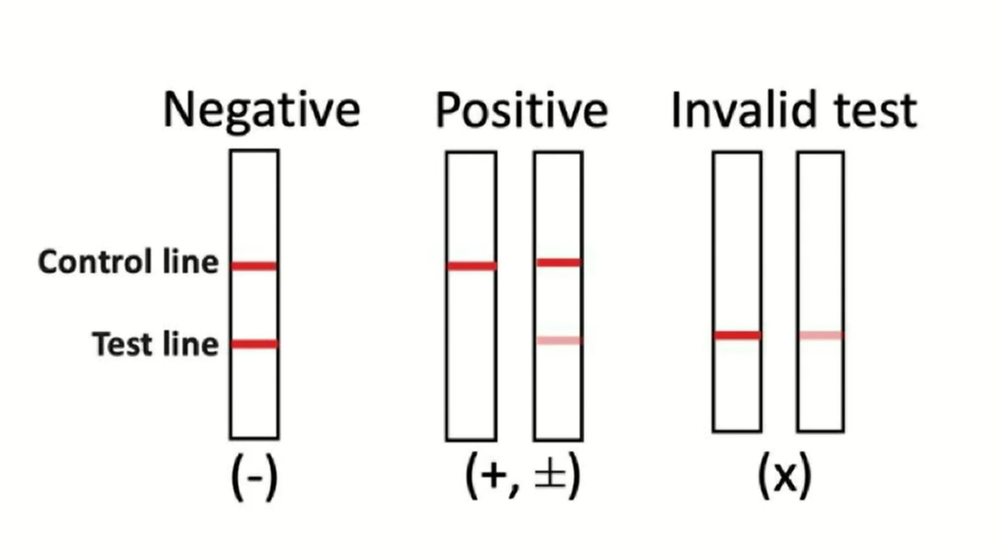 The second test analyzes three other sample matrices relevant for B-GOOD, namely pollen, rapeseed flower and honey. One gram of each material is mixed with 10 milliliter of boiling tap water. In order to avoid damaging the neonicotinoid LFD, the samples are left to cool down until they are room temperature. The image below captures the result of this test: 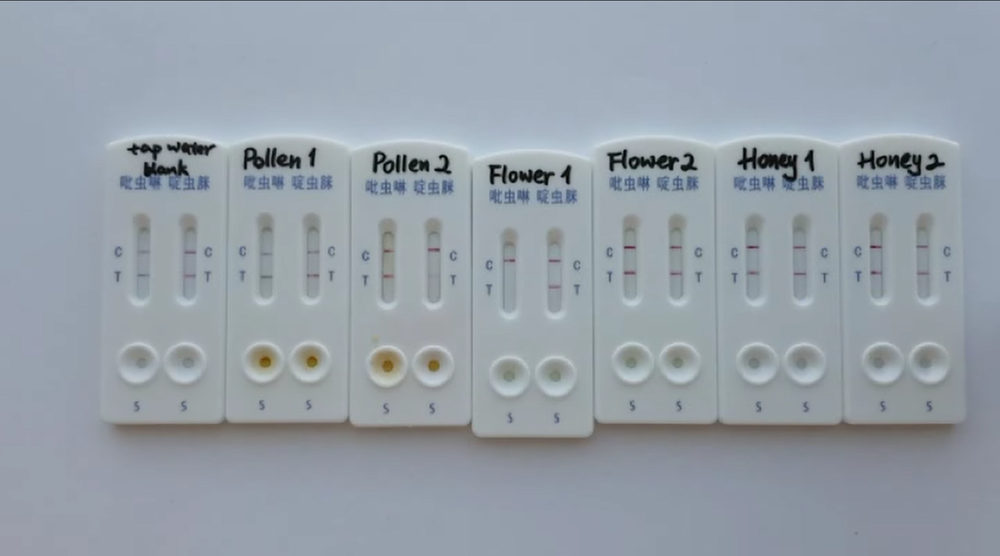 The faint test line in the second channel of the ‘Pollen 2’ sample means it is positive for acetamiprid. The missing test line in the first channel of the ‘Flower 1’ sample means it is contaminated with imidacloprid. The other samples contain clearly visible control and test lines, meaning they are free from neonicotinoids. Additionally, researchers from Wageningen Food Safety Research have discovered that these LFDs are able to detect six out of eight neonicotinoids (the cross interactions can be seen in the image below). 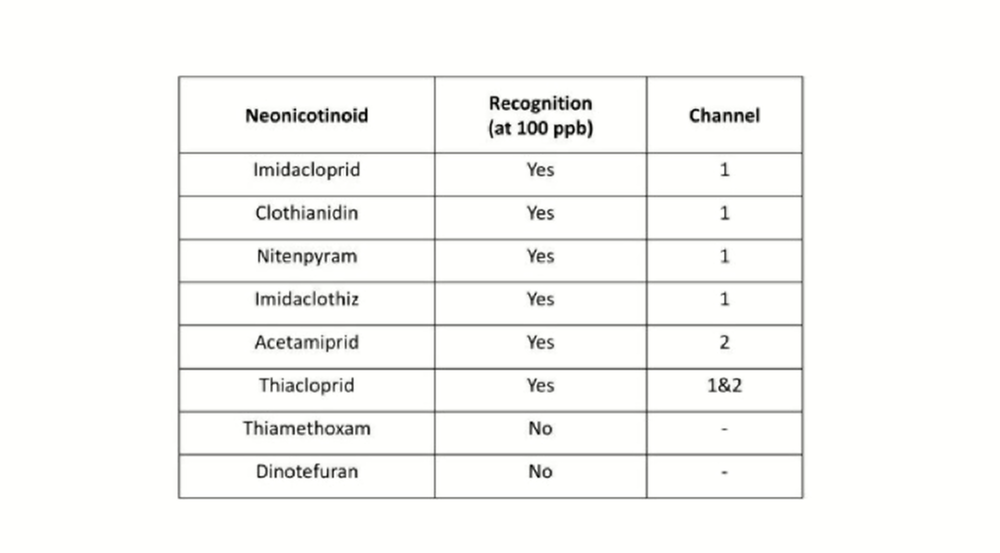 "These lateral flow devices are simple and robust, and they require minimum sample preparation. So they are perfect for outside neonicotinoid screening for bee safety", says Mang Xu. The LFDs will also be tested with bees in the near future.

You can see the full video here.