A recent article titled "Understanding social resilience in honeybee colonies" published in the open-access journal Current Research in Insect Science examines the mechanism in colonies that allow recovery and maintenance after stressor exposure.

Honeybee colonies suffer substantial losses as a result of a variety of factors that can lead to colony collapse. Previous experiments demonstrate the impact of stressors including parasites, viruses, and pesticides on individual honeybees and colonies. Individuals may die, but colonies may not necessarily perish as a result of such disruptions. Through colony mechanisms, the colony can sustain or restore to equilibrium as a superorganism. 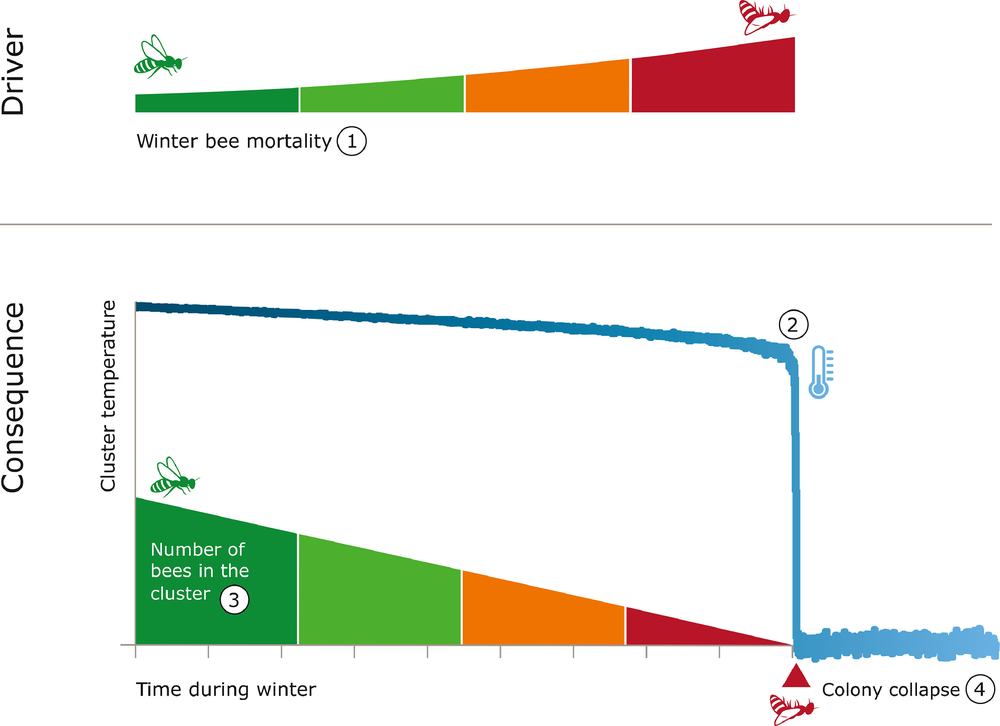 The authors of the article, amongst whom B-GOOD researchers Zeynep Ulgezen and Dr. Coby Van Dooremalen (Wageningen University & Research), discuss three colony mechanisms and how they affect the social resilience of honeybee colonies. The first coping mechanism is thermoregulation - to survive through low ambient temperatures, colonies form a thermoregulatory cluster at more or less constant temperature levels. Therefore, the maintenance of the core temperature of honeybee colonies is important as a coping mechanism for both individual and colony survival. The second identified mechanism is timing of brood rearing and nest emergence - while further research is necessary to fully understand how the mechanism behind timing of brood rearing and nest emergence works, existing studies suggest that it may be a mechanism to cope with changes in environmental factors and colony resources. The third mechanism is division of labor - DOL in honeybees starts after nest emergence in spring, and is predominantly seen during summer, when there are abundant resources.

The scientists stress that understanding social resilience in honeybees is essential to managing colony health and loss prevention.

You can read the full paper here.